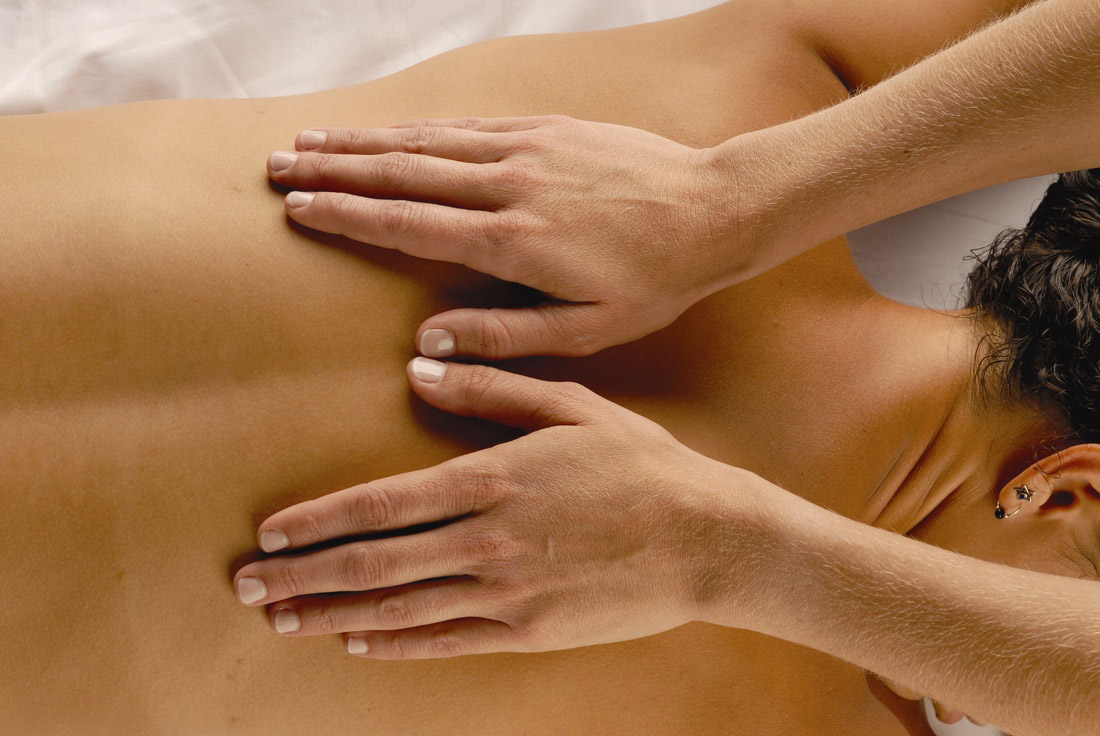 Postoperative pain and distress may be eased by massage, according to recent research. Let’s look into the studies conducted on 105 women.

A Randomized, Controlled Trial” studied the effects of massage on 105 women, age 18 and older, who underwent an abdominal laparotomy for removal of suspected cancerous lesions, generally ovarian masses.

The women were randomly assigned to one of three groups: usual postoperative care, usual care along with massage therapy, or usual care plus vibration therapy.

Subjects in the massage group received a 45-minute massage, consisting of Swedish techniques, after surgery and at the same time on the next two postoperative days.

Patients in the vibration group subject in the postoperative pain study, received 20 minutes of standardized physiotones therapy on the evening after surgery and at the same time on the two postoperative days. Physiotones therapy involves vibration as inaudible, pure tonal, low-frequency sound waves that resonate through a mattress into both superficial and deep tissues.

The study’s primary outcome measures were sensory pain, affective pain and distress. Both sensory and affective pain were rated on a scale of 0-10. According to the study’s authors, sensory pain “imparts information on the location, time, and intensity of noxious stimuli, while affective pain, or unpleasantness/suffering, reflects the aversive qualities of the pain experience.”

Vibration was found to be significantly more effective than usual care for sensory pain and distress.

After controlling for multiple comparisons and outcomes, no significant differences were found between the three groups; however, the authors stated, “Although effects were small and not significant in multivariate analyses, we observed a trend in favor of massage therapy, such that massage was more effective than [usual care] and physiotone therapy.

“In summary, adjunctive gentle Swedish massage therapy may have minor effects on postoperative sensory pain, affective pain, and distress among women undergoing an abdominal laparotomy for removal of suspected malignant lesions, as suggested by a trend in favor of the group that received massage therapy.”